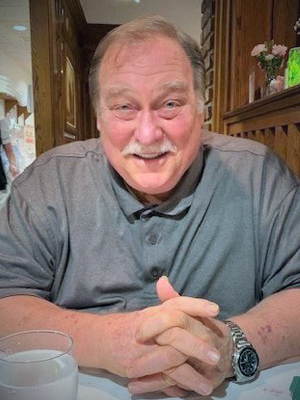 Bill was born in Queens on January 3rd to the late Sophie and Bill Kolb.

He attended Fordham University and NYU. Bill had an MBA and two PhD’s, one in German and one in International Business.

Bill started his career as an educator and never lost that desire to share knowledge.

He then worked for AT&T as a Manager until he retired.

Bill had many talents that he shared with his family. He learned the skill of house painting from his father; he was a Soccer coach and barber for his sons, an avid reader, a linguist and a musician. Bill played guitar in a band where he met his wife Rosemarie at her college  They were married for 49 years.

He taught himself how to play the Zither. He became so accomplished that he played in restaurants, at events and played solo and with other Zither musicians nationally and internationally.

Bill  was a devoted husband, father and OPA. He had a wonderful sense of humor and a keen intellect and curiosity.  He will be greatly missed.

He is survived by his loving wife, Rosemarie, son Will III  and his wife Karen, son  Christian,  his grandchildren Genevieve Rose and William IV,  sister Betty, brothers in law Anthony and Armando, nieces Amanda and Michelle, grandnephew, grandnieces and many loving cousins.

Bill’s music can be heard on www.doctorzither.com.