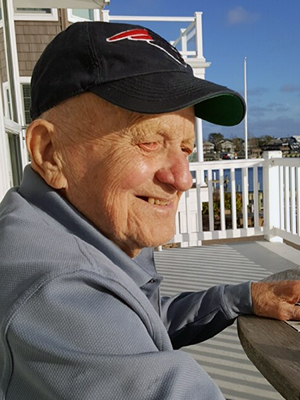 Stanley John Ruzycki, Sr. peacefully passed away on December 24, 2019 at his home in Branchburg, NJ. He formerly resided in Union.

Stanley was born on May 8, 1923 in Newark, NJ to the late Sigmond and Felicia Ruzycki. He was a World War II Veteran having served in the 34th Fighter Squadron of the Army Air Force. He participated in air offensives in Japan and the Ryukyus Islands while stationed in Ie Shima. Stanley received the American Service Medal and the Asiatic Pacific Medal, among other medals. Subsequent to his Honorable Discharge, he was initiated as a member of the United Brotherhood of Carpenters and Joiners of America on December 7, 1948, and was a member for more than 70 years until his death. He retired in 1981.

His wife, Regina, predeceased Stanley in 1993. Stanley was the beloved father to daughter, Michele Ruzycki; son, Stanley Ruzycki and his wife, Doreen; and cherished grandfather to Christopher and Jamie Ruzycki. Stanley is also survived by his sister, Mrs. Dorothy Allia.