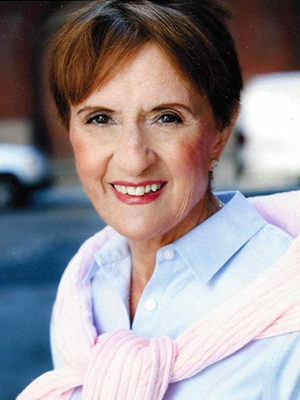 Shirley J. Fitzpatrick (neé Scheider), 84, passed away after a brief illness on October 16, 2019, surrounded by her children. Born on November 17, 1934 in Red Oak, Illinois, Shirley was the daughter of Clinton and Lorene (Frank) Scheider.

Shirley earned her B.S. in Home Economics at Iowa State University in 1956 and her B.Mu. in Music Education and Voice at Northwestern University in 1959. She spent her career as a hospital administrator in the development departments of a number of medical centers, including Memorial Sloane Kettering Cancer Center and St. Vincent’s Catholic Medical Center.

Shirley was a talented and passionate musician who instilled a love of and appreciation for music in all her children and grandchildren. She was able to indulge this passion in both her youth and her later years by giving superb vocal performances. Perhaps her most cherished performances, however, were those given by her grandchildren, events that she never missed. If you were on stage, Grammy was in the audience.

Shirley was known for her quick wit, poise, superior grammar, and her generous and compassionate spirit. She also made a mean turkey stuffing.

She was married for 30 years to Richard B. Fitzpatrick, who preceded her in death, and is survived by their children, Daniel (Allison), Jane, Steve (Dery), and Kate (Kevin), as well as 8 grandchildren (Erin, Kevin, Claire, Kyle, Dylan, Lucas, Daniel, and Ryan) to whom she was lovingly known as “The Graminator”. She is also survived by two brothers, Delbert and Merwin, and a long list of nieces and nephews.

Funeral Home:
Bradley, Brough & Dangler Funeral Home Visitation Hours:
n/a Funeral:
A celebration of Shirley’s life will take place on Saturday, November 23, 2019 at 1 o’clock p.m. at The Beacon Unitarian Universalist Congregation on Waldron Avenue in Summit, NJ. A reception will follow. Committal:
n/a Memorial Gifts:
In lieu of flowers, please consider a donation to The Center for Discovery, a school for children with developmental disabilities where Shirley’s grandson, Daniel, is a student. Gifts may be sent to the Development Office at The Center for Discovery , Box 840 – Benmosche Road, Harris, NY 12742.