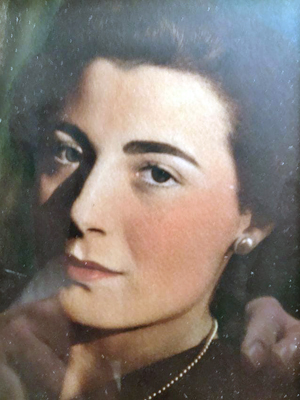 A lifelong resident of Millburn, Felice was one of 12 children born to Felice and Carmella (Vazza) Caivano. A gifted designer and artist, after she attended technical school, Felice went to New York City where she immersed herself in the worlds of art and fashion. She worked in several art galleries until she earned the position as photographer’s assistant with Alfred Stieglitz. She also worked for Tiffany & Company. Felice returned to New Jersey to work for Lorstan Photo Studio in Newark.

In 1943, she married her beloved husband, Abraham N. Cohen, and they were married for 63 years. In 1956, she purchased at auction the Andrew Carnegie funded Westfield Public Library building located at 266 East Broad Street, Westfield, N.J. She moved her women’s apparel business, Felice, to this location and realized her vision of opening in suburban New Jersey an exclusive women’s dress shop on par with the finest in New York City on Park and Madison Avenues. She continued in business until her retirement 2016. Felice was frequently cited in fashion publications such as Vogue, Town & Country and Woman’s Wear Daily. Felice comes from a large Italian American family, 12 children of Felice and Carmela Caivano. She is survived by her sister Anna De Cosimo and many nieces and nephews.