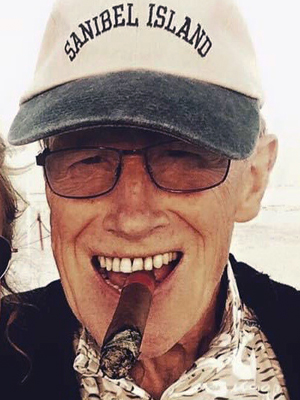 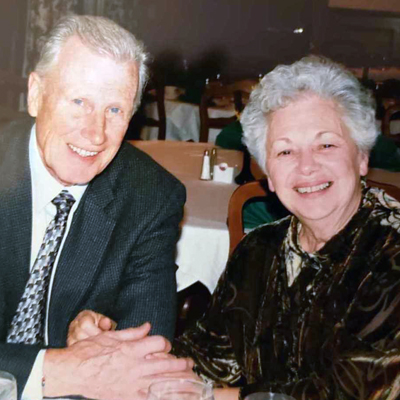 The mass will be held on Friday, September 18 at 10:30am and is available via livestream by clicking here.

A humble servant of his faith, family and country

Mike was born on April 3, 1935 in Brooklyn, NY, to Timothy and Margaret Cashman. He grew up in Brooklyn and attended Fordham University on a full basketball scholarship, enrolled in ROTC and completed officers training. Shortly following graduation, in June 1957, he married the love of his life Jean Marie Lento. Together, they raised five daughters, Mary Beth, Deb, Kathleen, Trish and Janet.  Mike was also a loyal countryman and served in the United States Marine Corp. (USMC) for 38 years, including 32 years in the Reserves, retiring as a Lieutenant Colonel in 1995.

Mike earned his master’s degree from Pace University and began his early career at AT&T (then Western Electric), the American Management Association, Avon and Sandoz Pharmaceuticals (currently Novartis), where he held various positions in human resource management. In 1975, Mike struck out on his own and founded Seek Incorporated, an executive recruiting firm. After several years, he launched Cashman Consulting Corporation, an international management consulting firm, serving a diverse and long-tenured global client base across multiple industries.  His daughter Kathleen joined the business in 1988 and they worked together until Mike’s retirement in 1999.

One of the keys to Mike’s professional success was his gift of storytelling and ability to command a room. If one listened carefully, there was usually a life lesson tucked inside each story. It wasn’t uncommon for Mike to give a seminar and weave in tales about Jean and the girls to make his presentation more engaging and relevant. (He was so proud of his family.) Friends, family and colleagues sought out Mike for his wise counsel and advice, and he helped so many people find their way in life, each person feeling special and understood. He was also a fierce negotiator and taught his girls (and many others) how to get what you want, whether it was a new car, a new house, a new job or a pay raise.  “You don’t ask, you don’t get” was one of Mike’s favorite sayings.

A life-long learner, he enjoyed reading books on management strategies and anything written by Tom Clancy – military-science and espionage novels. Mike learned to play the guitar, write calligraphy, play golf, paint, photography, scuba dive and fly a plane. He loved all-things electronics and computers and would read and keep all the user manuals along with any spare parts (he was never wasteful). Every April, Mike was known to do his own birthday shopping, “to me, love me,” he would say to Jean. As packages arrived at the house, Mike would act surprised by what he had purchased, and say to the girls, “you see it, you like it, you buy it,” quickly followed by “and if one is good, two is better!”

From the shores of Coney Island and Virginia, to San Diego, Florida and New Jersey, Mike loved the beach, and sitting on his deck on Long Beach Island watching a sun set was Mike’s happy place. The grandkids call it “Grandpa’s Ocean” and it is where he most enjoyed a cigar, a bourbon (two-finger pour), and some pretzel rods and chips.

Family life was the center of Mike’s world, with endless ways to celebrate and pop open a bottle of champagne. Impromptu sing-a-longs with a variety of instruments, including guitars, harmonicas and spoons, were highlights of these family festivities. Mike also had a soft-spot for his four-legged companions – Tiger, Orion, Calypso, Lightening, and Palmer – training each one to be so obedient and friendly. When Mike would go for long walks with the dog, he would make a point to stop and chat with a neighbor or meet someone new, never missing an opportunity to be friendly and engage. In fact, he would often strike up a conversation with a perfect stranger just about anywhere, including at restaurants and stores (much to the embarrassment of the girls when they were young).

He faithfully served his church community at Corpus Christi Parish as a member of the Parish Council, an usher and eucharistic minister. Mike also organized and directed a program to counsel fellow parishoners in career opportunities. In addition, he served his local community in Chatham Twp. for many years as a founding member of the Community Emergency Response Team (CERT).

Mike was a true gentleman and always sharply dressed, wearing his USMC lapel pin, tie clip or hat. No matter where he went, everyone knew Mike.

In lieu of flowers, the family kindly requests a donation in Mike’s name to one of the following: the Wounded Warrior Project, the Rock Steady Boxing program at the Randolph (NJ) YMCA, or the Parkinson’s Foundation.