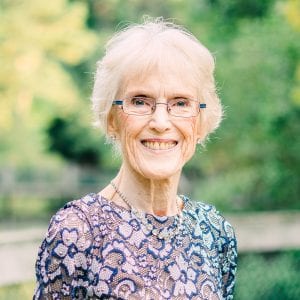 Mary Day Milbank Bodenstein, 80, beloved mother, sister, aunt, and friend, passed away peacefully on February 9, 2021 after courageously living with a long illness.  Mary Day was born in Evanston, Illinois on September 22, 1940 to Robert and Helen Horn Milbank.  During the war years, while her father was overseas, she lived in South Orange and West Orange, New Jersey, attending Gregory Avenue Elementary School.  She became a Texan when her family moved to Dallas in 1949.  Mary Day graduated from Armstrong Elementary School and Highland Park Junior and Senior High Schools.

In Dallas, Mary Day enjoyed learning tennis and golf, in addition to ice skating and horseback riding.  One of her most memorable athletic feats was landing a quarter in a slippery dish at the Texas State Fair to win a duckling, earning the family its first pet, Kilroy Junior.  At Rice University in Houston, Texas, Mary Day studied History and English and was a member of the Emily Bowen Literary Society.  She also took Botany and Zoology classes, which launched her lifelong love of the outdoors and gardening. After graduating from Rice in 1962, Mary Day taught 9th grade science in the Dallas suburbs before heading to Hawaii where she continued her teaching career at Punahou and Spaulding Schools.

Mary Day traded the sunsets of Hawaii for the skyscrapers of New York City where she worked at Great American Insurance Company teaching computer applications for the insurance industry and at IBM where she worked for the marketing department training new customers. It was also in New York that Mary Day met Bob Bodenstein. They married in 1968 at Christ Church in Short Hills, NJ and they soon moved to New Vernon, NJ.

Mary Day’s interest in Botany and Zoology began as a way to meet college requirements and became a passion during her life in New Vernon as a volunteer at the Great Swamp and as a member of the New Vernon Garden Club. Sprucewood also offered many opportunities to become one with nature while battling woodchucks, mastering have-a-heart traps, and being a gracious hostess of all flora and fauna.

Never fearful of going back to school or learning something new, Mary Day found her passion in helping others and earned her Master’s in Social Work from Kean University at the age of 58. Mary Day went on to acquire her LCSW and earn her Certified Family Therapist distinction as well. She worked with adults at NewBridge, in Pompton Plains, NJ, teaching skills for coping with stress, grief, and challenging relationships and earning a volunteer award for her work with a therapeutic tropical garden.  Founder of Stress Relief NOW, Mary Day enjoyed practicing and sharing Emotional Freedom Techniques (EFT), also known as “Tapping”, an alternative treatment for physical pain and emotional distress that is simple, versatile, and produces calming results.

Mary Day passionately studied and appreciated the benefits of holistic living and spirituality, embracing the practices of yoga, meditation, acupuncture, and energy medicine.  She looked forward to participating in the Dances of Universal Peace and was strengthened by her connections with Interweave: Integrated Spirituality for Daily Living and the Center for Spiritual Living Morristown community.  She loved networking and sharing resources.  An ardent supporter of Women’s Rights and alternative health approaches, Mary Day gave her heart, soul, and intellect in every breath to affirm and empower others.

She was predeceased by her beloved daughter, Nancy, her parents Robert and Helen Horn Milbank, and her brother-in-law, John Mell, Jr.

Funeral Home:
Bradley, Haeberle & Barth Funeral Home Funeral:
Memorial arrangements will be held in the spring or summer. Memorial Gifts:
In lieu of flowers, please consider a donation in her memory to Interweave (www.interweave.org) PO Box 1516, Summit, NJ 07901 or a nature charity of your choice.