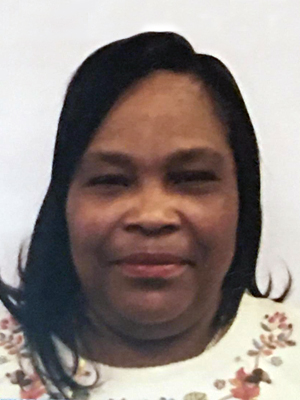 Marie E Alexis was born on April 8, 1956, in Haiti, which is where she received her early years of education. In Haiti is where she also met and fell in love with Joseph M Alexis. They got married on March 9, 1980, in Haiti. They eventually moved to the US together were they continued they lives together.

A poem to Marie E Alexis:

I love you and goodbye.

We will miss you dearly.

I promise I won’t cry.

I will never forget our talks,

Conversations on the phone.

How happy you were to see me

When I finally came home.

You worried so much about me.

I worried about you too.

I know this is the hardest thing

We’ve ever had to do.

I know you’ll always be with me

Wherever I will go.

No one needs to show me;

I will always know.

I never thought I’d lose you.

Where I’ll go from here

I still haven’t got a clue.

I hope you’ll watch over me,

Be my guiding light

Giving me the strength I need

To win this endless fight.

Sitting on my shoulder,

Whispering your words of wisdom

To use as I get older.

I don’t want to say goodbye,

We’ll pick up where we left off

Before you went away.