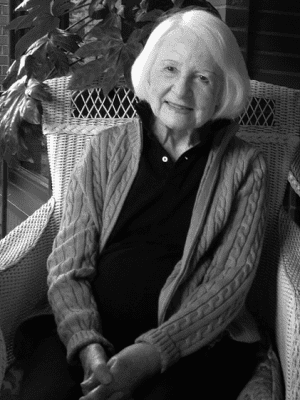 Theresa (Terry) Clancy, 92, of Chapel Hill, NC, formerly of Convent Station, NJ, passed peacefully on December 22, 2020. Born in Newark, NJ, Terry was raised in Maplewood, and lived in Irvington, New Providence, and Convent Station for fifty years before moving to Chapel Hill. A graduate of Columbia High School in Maplewood, Terry was a secretary with Bell Telephone Company and later an Executive Assistant with JP Morgan Chase in their trust department for over twenty years. She was a parishioner at Our Lady of Peace, New Providence, Assumption Church, Morristown, and St. Thomas More Church in Convent Station. Terry was a member of the Convent Station Welcome Wagon, Springbrook Country Club, Delbarton School Mothers Guild, and the Paper Mill Playhouse. There’s nothing she appreciated, or looked forward to more than spending time with her family and close friends. She enjoyed woodland walks, American colonial architecture, gardening, music and antiques, and later in life traveled to Ireland and London. Terry was pre-deceased by her husband, Peter J. Clancy, Sr., and is survived by her four children (and their spouses), Peter, Jr. (Laurie Mac Neill), Patricia (Ben), Elizabeth (Stuart), Mary (J.B.), as well as grandchildren Allison and Jonathan; Megan, Patrick and Devin; Emily and Sarah; Hans and Sophie.  She is also survived by her sister Janet Emerson. A memorial will be announced at a later date.  In lieu of flowers, donations in Terry’s name may be made to St. Jude Children’s Research Hospital, the International Myeloma Foundation, or the Epilepsy Foundation. To send the family a condolence, please visit www.bradleyfuneralhomes.com