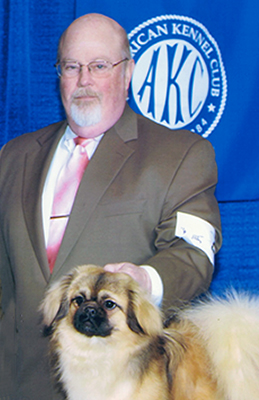 Kevin was born on June 18, 1948 in Jersey City, New Jersey. He was the son of the late Mr. and Mrs. Leroy and Alice (nee Dougherty) Wassong.

He went to Kearny Public Schools and was a 1966 graduate of Queen of Peace, Kearny, NJ. Kevin furthered his education at the Wharton School of the University of Pennsylvania (MA in Economics), Fairleigh Dickinson University (MS), and The Chubb Institute.

As a CPA, Kevin worked in many financial areas for the University of Medicine and Dentistry of New Jersey for over 40 years.. He was on the crew team at the University of Pennsylvania and earned first place in the open pairs Bridge tournament in 1969.

In his spare time, he enjoyed showing dogs with his wife and won numerous awards. He and his wife have Wassong Tibetan Spaniels Kennel and love their tibbies. Kevin enjoyed traveling throughout the country in his RV and taking trips to Disney.