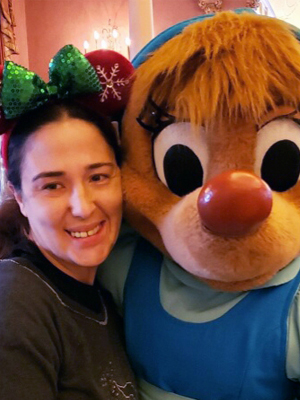 Katelyn Villasenor (nee Pendley), 34, of Jackson, beloved wife of Ernesto Villasenor, passed away unexpectedly at her home on Monday morning, Dec. 30. Katelyn was a devoted horse owner and a true Disney fan at heart. An avid equestrian, Katelyn received over 200 ribbons in competition in both Western and English riding. Through the years, she owned four horses – Banner, Skipper, Stevie and Kahlua, the latter two of which survive her.

Katelyn was a 2004 graduate of Lacordaire Academy. She attended Centenary University before receiving her associate’s degree from Essex County College and was currently studying for her bachelor’s degree at Southern New Hampshire University.

She had been employed as a development associate at Planned Parenthood of Northern Central and Southern NJ and had previously worked at the New Jersey Hospice and Palliative Care Organization and Essex Equestrian Center.

She is survived by her husband, Ernesto Villasenor; her father, Don Pendley of Scotch Plains; her godmother, Debbie Polacek of West Orange; aunts Trudi Pendley of Trenton, Maine, and Sherry Gower of Salem; uncle Will Gower of Salem; cousins Tabatha and Chris Bush, Bobby and Nikki McKay, Rebecca and Sean Ferguson, Michael and Alicia Gower, and first cousins once removed Amelia McKay, Brayden Call, Atticus and Aurora Ferguson.  She was predeceased by her mother, Donna Meade Pendley, in 2010.

Visitation will be Sunday, January 5 from 3 to 7 pm at Bradley & Sons Funeral Home, 345 Main Street, Chatham. Family and friends are invited to meet at the funeral home at 10am on Monday for the procession to George Washington Memorial Park in Paramus, where a committal service will take place. Donations in Katelyn’s honor may be made to: Mylestone Equine Rescue, 227 Still Valley Rd., Phillipsburg, NJ 08865

Funeral Home:
Wm. A. Bradley & Son Funeral Home Visitation Hours:
There will be a visitation on Sunday, January 5, 2020 from 3pm-7pm at the Wm. A. Bradley & Son Funeral Home, located at 345 Main Street in Chatham, New Jersey. Committal:
Everyone is invited to meet at the funeral home at 10am on Monday, January 6, 2020 for the procession to George Washington Memorial Park in Paramus. Memorial Gifts:
Contributions in memory of Katelyn may be made to the Mylestone Equine Rescue, 227 Still Valley Road in Phillipsburg, New Jersey 08865