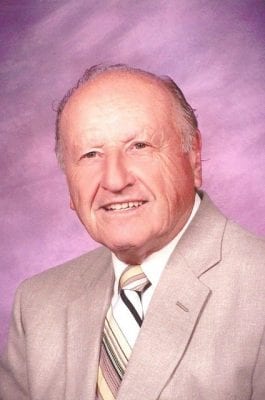 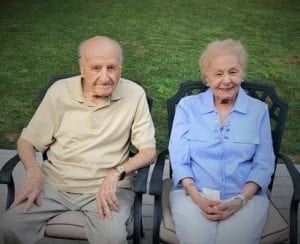 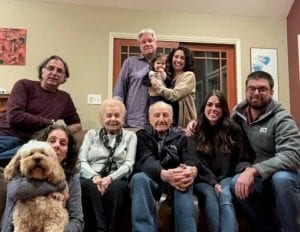 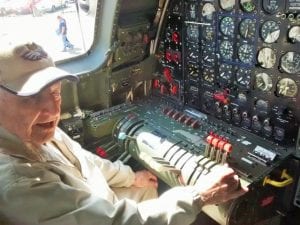 Joe Messina, of Springfield, passed away on January 26, 2021.  He was 98 years old.  Born on October 21, 1922, and raised in Newark, NJ, Joe moved to Springfield after his marriage and lived there for 63 years.  He received his Bachelor degree in Mechanical Engineering from Newark College of Engineering in 1947 and his Master degree in Civil Engineering from NJIT in 1953.  He was president of the Delta Sigma Gamma and the Alpha Phi Delta fraternities. Seven of these fraternity brothers formed an ongoing family friendship in 1942 and were known since then as the Magnificent Seven.  Joe was the last surviving member of this highly respected group of engineers. He was also an honorary member of the Tau Beta Pi fraternity.

Joe served in World War II in the 1st Lt. Army Air Corps as a P47 Maintenance Officer and as a B29 Flight Engineer, and helped create and designed the Flight Navigator position.  He was later employed by the Worthington Pump Co. as Manager Application Engineering for 26 years.  There he developed and installed a first novel, straight inflow “comminutor,” which is the design still used today for shredding large solids before entering sewage pumps.  He was also involved in the design and model testing of pumps in our country’s first Hurricane Barrier Dam, which has been used to prevent flooding of Providence, RI.  These pumps, at the time of completion in 1946, were the largest in the world and are in use to this day.  He was later employed for 16 years at PSE&G as the pump specialist during the startup of the Salem and Hope Creek Nuclear Power Plants.  Following retirement in 1988, he did hydraulic and pump consulting and gave pump courses.  While working during the day, Joe taught courses in the evening for the Physics Department at NJIT for 36 years.   Additionally, he co-edited and co-authored four editions of the Pump Handbook, published by McGraw-Hill, which has been published in Japanese, Chinese, and Spanish.  He also authored many articles about pumps.

Joe enjoyed gardening, golf, photography, exploratory stories, fixing things that didn’t work, and those that did work, making them work better.  He had several patents.  He was past Treasurer and Vice-President of the St. James Seniors, and attended St. James Church in Springfield, where he resided, for over 60 years.

He is survived by his beloved wife of 73 years, Ann.  He was the loving father of John Messina of Port St. Lucie, Florida, and Don Messina (and his wife Ellen Sherman) of Scotch Plains, New Jersey.  Devoted grandfather to Joseph Messina; Anthony (AJ) Messina (and his wife Camila); Nicholas Messina; Lauren Messina (and her husband Patrick Kennedy), and Liana Messina.  He was great grandfather to  Amelia Messina and Morgan Kennedy. He was predeceased by his parents, Frank and Anna Messina; his two brothers, John and Frank Messina; and his sister, Lucy Burruano. 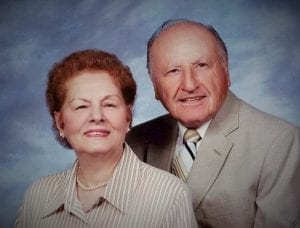 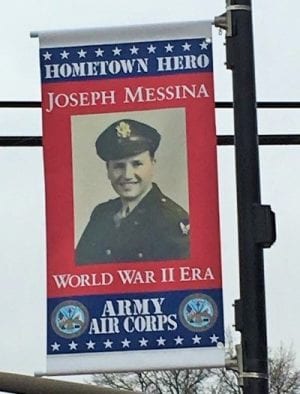 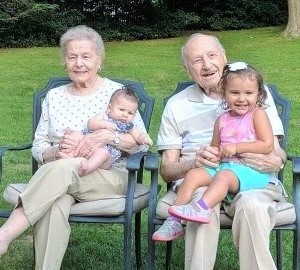 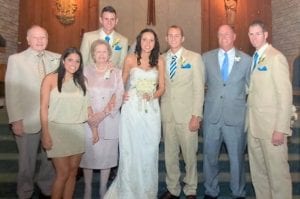 Funeral Home:
Bradley, Smith & Smith Funeral Home Funeral:
Due to the ongoing pandemic, a Memorial Mass will be held in the future for Joe. Memorial Gifts:
A charitable donation can be made in Joe’s memory to the Community Food Bank of New Jersey or to any food bank in your area.