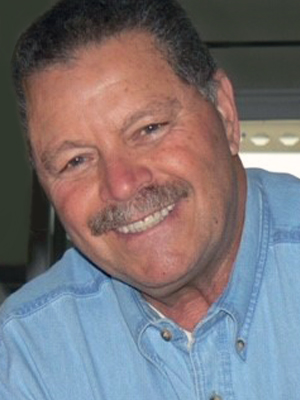 Harvey Abraham Salz long-time owner of Harvey Salz and Associates and a standout basketball player in his youth, passed away May 5, 2020, in Denver from complications of Parkinson’s disease. He was 82.

“Harvey loved his children and grandchildren dearly,” the family says. “A big highlight of his life was hosting a large backyard barbecue or a party with family, good friends and food, where everyone was laughing and talking.”

The grandchildren say he had a beautiful, warm smile and a classic mustache that “tickled” whenever he kissed you, which was a lot!

Mr. Salz was born June 9, 1937, in Brooklyn, NY, to Robert and Faye Salz. He graduated from Brooklyn’s Thomas Jefferson High School where he was named to the All City team after bagging 60 points in one game.

Mr. Salz went to the University of North Carolina on a basketball scholarship and played for coach Frank McGuire. After joining the varsity team in 1958 he started for the famed UNC Tarheels; was voted MVP in 1959; and became the captain of the team in 1960. Following graduation, he played for the Denver Chicago Truckers, the semi-pro basketball team.

Mr. Salz married Phyllis Bacherl Salz on October 13, 1962. He was in the US Army National Guard Air Force Reserve for six years and was honorably discharged in 1966.

Mr. Salz, who with his brother Stanley owned the Collins Shops for 17 years in Denver, opened Harvey Salz and Associates and became a wholesale manufacturers representative. In his later years, Mr.Salz ran marathons, skied, played racquetball, handball and his favorite sport golf. He retired in 2015.

Contributions may be made JFS.