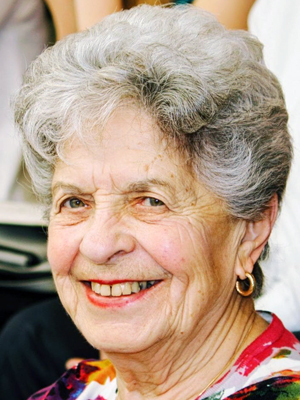 Gloria Barrows, age 88, formally of East Orange, Caldwell, Basking Ridge, and most recently Randolph, passed away on Monday, April 13, 2020.  She was born on May 1, 1931 to Philomena and Oresto Vinci in Newark, NJ.

The oldest of four children, she graduated at the top of her class from East Orange High School in 1949, and immediately joined the work force to help support her parents and three younger siblings.  She was incredibly bright, organized and efficient, and had a long and distinguished career as an Executive Secretary, working for 3M Corporation in West Caldwell for 16 years, until her retirement in 1997.  She married the love of her life, William A. Barrows, in 1954 and they spent 52 wonderful years together until his passing in 2006.

Gloria’s talents were many; most notably she was born with the gift of playing numerous instruments by ear, and her piano, organ and accordion playing throughout the years became the soundtrack of her children’s youth.  She enjoyed spending time with friends and family, and she loved to dance and laugh.  A beloved wife, mother and grandmother, Gloria worked hard day and night to ensure that her children never wanted for anything and made many personal sacrifices for her family that were the hallmark of the greatest generation.

She is survived by her three children and their spouses, William Barrows and Mary, Donna Chambers and Jim, and Kevin Barrows and Valerie, her eight grandchildren, Craig, Jim, Scott, Samantha, Bryan, Bit, Ethan and Griffin, her brother Bob Vinci, his wife Carol, and sister Adele O’Remus, and her husband Steve.  She also leaves many other family members and friends who will sadly miss her.

Funeral Home:
Bradley-Braviak Funeral Home Funeral:
A memorial service to remember Gloria will be held at a future date. Please hold Gloria, and her family, in your prayers until we can gather to celebrate her life.