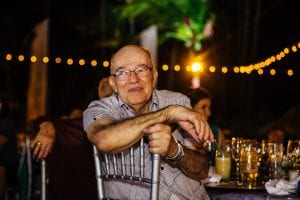 Click here to view the Prayer Service Live Stream
at 11am Fri, 1/29

Florentino R. Gonzalez passed away on January 22, 2021 at the age of 83. Born on August 3, 1937 in Holguín, Cuba, his first occupation was a farmer at his family’s farm. Once he completed his education, Florentino started his career as an auditor. In 1980, he immigrated to the United States.

When Florentino became situated, he began working as an accountant for the City of New York; an occupation he held until his retirement. Shortly after arriving in the United States, he also became interested in the real estate business. His interest flourished and he always enjoyed his second occupation as  a kind and lovable landlord.

A resident of Hanover Township, New Jersey, Florentino enjoyed spending time out of state working and relaxing at “La Finca”. One of his favorite pastimes was drinking a cold Heineken and enjoying the company of his family. His family’s happiness was his happiness. He was loved by many and lived a rich and rewarding life.

Florentino is survived by the love of his life and wife of 63 years, Rosalia Gonzalez. He is predeceased by his parents, Florentino Gonzalez & Manuela Perez and his siblings Oscar, Louis, Ofelia, and Angelita Gonzalez.

Devoted to his family, Florentino was a loving husband, father, grandfather, great-grandfather, uncle, and human being. To know him was to love him. His family will always remember him as the person who taught them the immeasurable value of family, honesty, hard work, doing the right thing, and respecting one another. He always helped anyone that he possibly could. He will be greatly missed.

The viewing is scheduled for Thursday, January 28, 2021 at Bradley-Braviak Funeral Home at 49 Whippany Rd, Whippany, NJ 07981 from 4-8 pm. A service is scheduled for Friday, January 29th at 11 AM. Interment to follow at Garden of Memories. All are welcome to attend and celebrate Florentino Gonzalez’s life. Live streaming will be available for the service on Friday at the funeral home and at the cemetery. Please click on the link above.