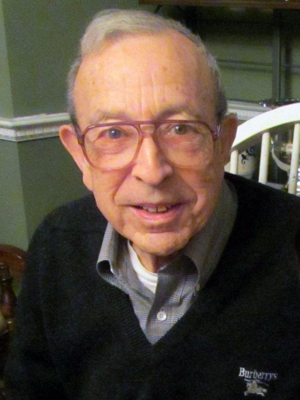 Colonel Robert B. Heintz, beloved husband, father and grandfather passed away on Thursday, April 23, 2020 at the age of 90. He lived a fascinating and rich life. Born in Leipzig, Germany, his family fled Nazi Germany in 1939 and settled in the Bronx. He became a U.S. citizen, graduated from Brooklyn Technical High School and then studied architecture at the University of Pennsylvania.

Robert married his college sweetheart, Dora, and moved to Millburn, before settling in Short Hills, in a house he designed. After becoming a loving father to Claudia and Chris, he opened his own architectural practice and worked out of an office in his basement. His office designed residential, municipal and local commercial projects, culminating in the re-design of the fire gutted Paper Mill Playhouse in 1980. Other work included renovations to the Millburn Police and Fire Headquarters, Millburn Town Hall, and the Short Hills Train Station. Robert served on the Millburn Planning Board for eight years, and was also on the Board of Adjustment. Small in stature, but large in personality and generosity, Robert was a long time member of the Rotary Club, and coached Little League in Millburn for over 20 years.

Robert had a distinguished military career. He served as an infantry officer during the Korean War, and continued his service in the U.S. Army Reserve, rising to the rank of colonel. Col. Heintz graduated from the Army War College and served as a Military Intelligence Officer, due to his fluency in Russian and German. He commanded an Infantry Brigade in the “Jersey Lightning” 78th Division. He completed his service as Chief of Staff for the 78th Division in 1984. For years after his retirement, he loved to be called “The Colonel” by friends and family alike.

The Colonel loved his family, the beach, boating, opera, theater, and attending Yankees and Rangers games. He was a longtime subscriber to the Metropolitan Opera House in N.Y.C. and was hired to give backstage tours for a number of years. He also loved to travel, and had a special affinity for the architectural splendor of London.

He was married to Dora Heintz, who passed last month, for sixty-five years. He is survived by his son, Christopher Heintz, daughter, Claudia Gilbert, daughter-in-law, Tina Heintz, son-in-law John Gilbert and four grandchildren; Emilia and Angela Heintz, and Matthew and Abigail Gilbert.

Due to the current pandemic, there will be no viewing or public services at this time. A memorial service will be scheduled in the future.

In lieu of flowers, please donate to your preferred school or arts institution.