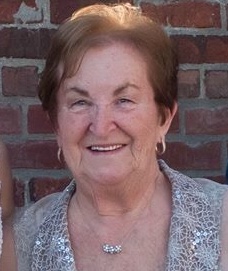 Beverly passed away peacefully at home on September 9, 2019 surrounded by her four children. She was 86 years old. “Bev” was born on February 8, 1933 in the house her father built, in Parsippany NJ. As a child she played on the grounds on The Clover Dairy Farm the family owned and operated business by her loving parents.

She was predeceased by her husband, Victor “Lou” Sr. of 62 years, whom she met at Florham Park roller skating rink. They married and together they raised their children. Bev will be remembered as a loving mother, grandmother, and great-grandmother, who always put the needs of others before her own. She enjoyed family gatherings family vacations in one of their many bus conversions and recreation vehicles. Bev and Lou were long time members of the Family Motor Coach Association where they made lifetime friendship and served as local chapter officers. In retirement they spent summers in NJ and winters in Bonita Springs, FL. Beverly enjoyed watching the Yankees on TV and even attended the 2009 game where Derek Jeter surpassed his 3000 hit.

Funeral Home:
Bradley-Braviak Funeral Home Visitation Hours:
A visitation will be held on Thursday, September 12, 2019 from 3pm - 7pm at the Bradley Braviak Funeral Home, located at 49 Whippany Road in Whippany. Funeral:
A Prayer Service will begin at 6pm on Thursday, September 12, 2019 at the funeral home. Memorial Gifts:
Contributions in memory of Beverly may be made to St. Jude Children's Research Hospital, or to the American Cancer Society.