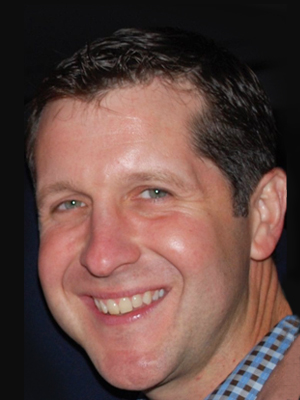 Andrew Pringle Bergman, 50, of Chatham, NJ, passed away peacefully at home Saturday May 9, 2020, surrounded by his adoring family. As a teenager, Andy received treatment from the Memorial Sloan Kettering Hodgkin’s lymphoma program and had enduring and lifelong support from the Pediatric Oncology, Cancer Survivorship, and subsequently the Mesothelioma programs.

He is survived by his three children, his mother, Marti, his sister, Kristin Anderson, his brothers, Peter and Ben, and a crew of 10 nieces and nephews; he is predeceased by his beloved wife, Kate, and his father, Todd. Andy was born in Mineola, NY, on September 18, 1969, and grew up in Arlington Heights, IL, and Chatham, NJ. After attending Chatham Township High School, Andy graduated from Yale University (‘91), where he majored in American Studies and was a proud member of the Rugby Football Club.

He married his beloved Kate in 1996, and their three children have all attended the Chatham schools. They lived in Hoboken and New York City before returning to their hometown of Chatham. Andy worked in the financial industry in both New Jersey and New York, and was a founding member of PRB Advisors.

Andy and Kate loved the excitement of living and working in New York City, and continued to work and socialize there for many years.

The most important thing in Andy’s life was his family. He also loved playing golf, coaching his children in baseball, and of course the Yankees and Giants. Other favorites included spending time with friends, music, and fine food and wine. Andy cherished his long-held friendships and their merry social gatherings. Andy will be remembered for his insatiable appetite for living life to its fullest, his lightning quick wit, and his sense of humor.

In lieu of flowers, please consider making a contribution in memory of Andy to Yale Rugby Football Club or Mesothelioma Applied Research Foundation.