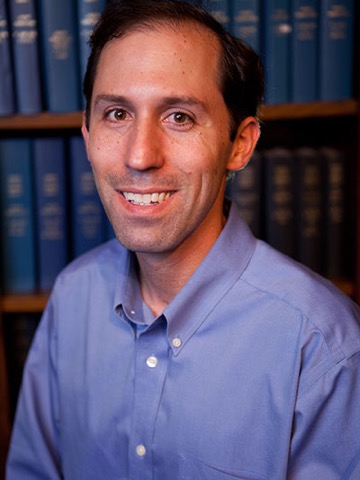 Brian G. Palestis, Ph.D of Union, New Jersey, passed away peacefully at home on Tuesday, January 28, 2020. Born in Somerville, New Jersey, Brian was raised in Pompton Lakes, where he was valedictorian of Pompton Lakes High School Class of 1991. While there, Brian was an Eagle scout who played the cello in the orchestra, and electric bass in the jazz band. He played football his first three years before focusing on fencing. As a fencer, he competed in the Garden State Games and Junior Olympics, and as a member of the Junior National Team. He also represented Passaic County in Boys State.

Brian went on the attend Princeton University, where he was a member of the Colonial Club. His Senior Thesis: Multimare Harems in Feral Horses, placed Brian off the coast of North Carolina in 1994 doing fieldwork. During his time at Princeton, Brian was a starter in fencing all 4 years, a 2 time Honorable Mention All American, Academic All-Ivy, and sabre squad leader in 1995. The team won Ivy League Titles in 1994 and 1995, and finished fourth at the 1994 NCAA Championship. Brian was selected by competitors and coaches as the recipient of the Cointe Award, in recognition of his outstanding sportsmanship at the IFA Championship. Brian graduated from Princeton Magna Cum Laude with a degree in Ecology and Evolutionary Biology.

It was at Princeton where Brian met Meghan Sullivan in his senior year. They married in August of 1997 in Meghan’s hometown of Framingham, Massachusetts, and honeymooned in Hawaii, the first of many trips the two would take over the years, including Spain, France, Ireland, Alaska, Greece and the Caribbean.

Brian earned a PhD in Ecology and Evolution from Rutgers University in 2000, with a Dissertation: Common term (Sterna hirundo) recognition systems: recognition of siblings, nest sites and nest predators. He did fieldwork for this dissertation at Barnegat Bay, New Jersey. After post-doctoral positions at Barnard College and Monmouth University, Brian joined the Wagner College Department of Biological Sciences faculty in 2001. He was granted tenure in 2006, and promoted to full Professor in 2012. His classes included Biodiversity & Ecology, Biostatistics & Environmental Design, and Natural History of the Mid-Atlantic States. He continued his research on Common terns, conducting fieldwork every summer along the New Jersey shore, often involving his students in his research. Brian served as Department Chair for three terms, chaired the Academic Policy Committee for many years, and served on numerous other committees. He was well known for his commitment to research. He published his own work while also collaborating with other researchers and serving as a peer reviewer for scientific journals. His articles appeared in publications including Animal Behavior, Waterbirds Seabird and Evolutionary Psychological Science. Brian was an active member of the Waterbird Society, an organization for scientific study and conservation of the world’s waterbirds, for more than two decades. He presented at annual meetings in the US and abroad, including Canada, Iceland, Germany and Mexico, and served as Publications co-chair.

Brian has been affiliated with Master’s Fencing Academy since high school, and continued giving lessons until recently. He was Volunteer Assistant Coach for the Wagner College Fencing Team since their inception in 2016. He was a USA Fencing and NJSIAA licensed referee, refereeing meets and tournaments around New Jersey.

Brian was a devoted father to Connor and Caitlin, who enjoyed attending their games and performances. He loved hiking and the beach, and spent many family vacations in Maine and the Jersey Shore. In addition to his wife Meghan, and their children, Connor and Caitlin, Brian is survived by his parents, Elizabeth Kattak, and Ernest Palestis and his wife Monica; his brother Paul Palestis and wife Alexandra; mother in law Maryelaine Sullivan; sister in law Katherine Fanous and her husband Brian; nieces Daniela Palestis, Sonia K. Fanous and nephew John Fanous; aunt Christine Palestis and uncle Gregory Palestis. Brian was predeceased by his father in law, John E. Sullivan, and his stepfather, Victor Kattak.

Funeral Home:
Bradley, Smith & Smith Funeral Home Visitation Hours:
There will be a visitation on Friday, January 31, 2020 from 3-7pm at the Bradley, Smith & Smith Funeral Home, located at 415 Morris Avenue in Springfield, New Jersey. Funeral:
A Funeral Mass will be held on Saturday, February 1, 2020 at 10am at St. James the Apostle Church, located at 45 S. Springfield Avenue in Springfield, New Jersey. Committal:
Interment will take place at Graceland Memorial Park in Kenilworth, New Jersey. Memorial Gifts:
Those who wish to make a contribution in memory of Brian may do so by visiting The Brain Tumor Society.